Back In 2015 and 2017 Universal Orlando brought two pieces of land which was around 570 acres and cost around $160 million. There are still lots of rumors flying around about what the park will actually be. Universal are hopeful to get the job done by 2024. Now it looks like Pokemon and Zelda plans are going to be Canceled and I’m going to tell you about them: 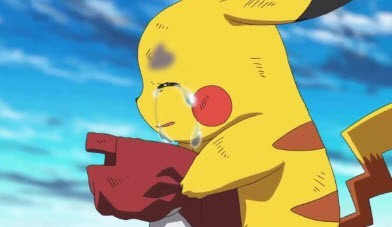 There was a rumour going around last April that there was going to be a Pokemon park at Universal Studios and now its seems that’s not the case and it sounds like they are cutting back on the amount of Nintendo content at the Orlando park. There is also a new rumour going around that is suggesting the plans for The Legend of Zelda attraction is going to be put on ice or even permanently axed.

They might regret this decision when the new film Detective Pikachu comes out. It is predicted to smash box office records and I will defiantly be going to watch this at the cinema.

The reason for the apparent cutback might be because they didn’t want too much Nintendo content at the Orlando park also the fact that the Fast and furious attraction didn’t do so well, despite the movie being on of the biggest movie franchises of all-time.

Comcast is reportedly getting nervous about making that big of an investment before Nintendo attractions have been a proven investment. It does make sense to go slow with this because if you take Harry Potter World for example they started with Hogsmeade then it took a couple of years for them to open Diagon Alley this was because Universal was not sure how the new attractions would do.

I believe one of reasons they are holding back on Zelda and Pokemon attractions is that they will be in the 4th park when that opens. I think the whole new 4th park will be based around about video games.

Fantastic Worlds is the new name for the new theme park which was trademarked last June. I personally really like the name because its not restricted to one product. Universal have already said that Nintendo land has been planned for Hollywood, Orlando and japan.

Super Nintendo Land in Japan has been officially scheduled to open in 2020. Universal have already said it will be bringing Nintendo rides and attractions to its parks and that was back in 2015.

Do you think its a good idea they wait to see how the other attraction do? Let us know in the comments below.

I will keep you all updated on any further updates.